Get to Know: The Oak Ridge Boys

The Oak Ridge Boys have one of the most distinctive and recognizable sounds in the music industry. The four-part harmonies and upbeat songs of The Oak Ridge Boys have spawned dozens of Country hits and a Number One Pop smash, earned them Grammy, Dove, CMA, and ACM awards and garnered a host of other industry and fan accolades. Every time they step before an audience, the Oaks bring four decades of charted singles, and 50 years of tradition, to a stage show widely acknowledged as among the most exciting anywhere. And each remains as enthusiastic about the process as they have ever been. Now, in 2017, The Oak Ridge Boys are ready to hit the stage at Country Fest during their Celebration Tour. 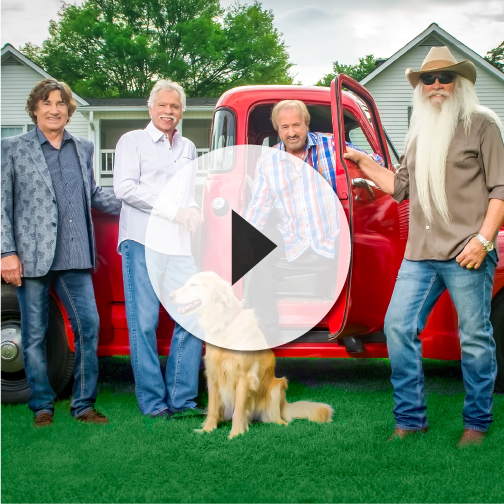 LISTEN TO THE OAK RIDGE BOYS:
Get ready to sing along to all your favorite hits of The Oak Ridge Boys when they take the stage this summer! Get the best experience of the show by purchasing a Morrie’s Pit Pass now!

A Lifetime of Memories

Giving the Gift of Memories

A Lifetime of Memories

fox onesie Hello to all, how is the whole thing, I think every one is getting more from this website, and your views are nice for new people.

Earlier in the day, Shelton tweeted that the single, the first off his upcoming album, If I'm Honest, "is about exploring something new.